I have this one hanging in my garage. 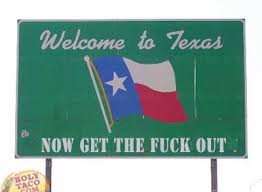 I was bound to be misunderstood, and I laugh at the idiots who misunderstand me! Kind mockery toward the well-intentioned and unfettered cruelty toward all would-be prison guards of my creative possibilities. In this way I learn to revel as much in misunderstanding as in understanding and take pleasure in worthy opponents. Making language fluid, flowing like a river, yet precise and pointed as a dirk, contradicts the socialistic purpose of language and makes for a wonderful verbal dance—a linguistic martial art with constant parries that hone the weapon that is the two edged sword of my mouth.

I have this one hanging in my garage.

I hear ya Old Buck!

After pestering, I just got the original title to my 1980's Honda 110 trail (on-off road). Once I get clear title I'm gonna register it and use it around town for quick hops here and there.

I also have to get a Motorcycle drivers permit, for years I road without a license using other identities when I got pinched, until that ONE PHONE CALL! Then I had driving without a license added to violating a restraining "order not to drive" that I never received by a court foul-up, all stemming from a prior DUI! It was all good until cunt and and the Bell System got together for my demise!

I used borrow my brother's 1200 Sportster  all weekend in return for a wash and wax! Years and years of riding and never busted until a cunt came along! I even had my own bikes, registered and everything, but never bothered to get the license, brain fart, I guess?

But not this time!

I'm getting a permit and taking the test!

You heard it here first, T.I.M. on the forefront of sage wisdom yet again!

If you work in a cunt infested company, just bring cat food advertising paraphernalia to work...

It will trigger them without being able to prune you.

My explosive BPD sister and 100's of other crazy cunts were a good teacher for me to find out what triggers these degenerates.

Just came across this jewel and will post it on the outside of my office door!

Beered by #Redpillbible and Gargamel
ReplyQuote

Yes, Siamese Rescue is a good organization. That is how I was able to adopt my avatar cat. The site has links to other breeds as well, so I do recommend it.

Beered by Gargamel and #Redpillbible
ReplyQuote

I have these hanging in mine...

I need a bigger garage if I want one a little bigger...

Sometimes it pays to treat people as if they have the maturity and intelligence of a 2 year old.  For those occasions, the below sign just might do the job:

Last week at work, this sign on the end of a wooden stick would have come in handy to beat a guy with it to consciousness. Working with sensible materials he fucked up badly two times in under a minute, thus endangering a passerby, him- and myself. Luckily and quite surprisingly we afterwards could find out that no one got hurt. I sent him on a hike, told him to get a smoke and his shit together prior to doing or touching anything else. Out of my sight or reach, he would not be too patient or thorough with the latter part, unfortunately. Approaching my work place after only a few minutes again and with another piece of sensible and bulky material in hands, he then immediately set himself up to win this years Darwin award for... well, you know precisely what this award is for.

His negligence in setting himself and his load up for utter, catastrophic and potentially fatal failure -literally behind my back- paired itself with a technical malfunction produced by an engine driven tool he used to move the material -and himself holding on to and balancing it- over a height distance to close the gap to where I was about to take it over for the next step in the process. He would thereby succeed in sandwiching himself between a rock and a hard place with the engine (that is capable of lifting over a ton of weight) working eagerly to close the gap.

He found that out, when he noticed his foot was about to get cut off the rest of his body - then he additionally found out that the emergency stop of the engine wouldn´t work (ironically, after the machine had just been "overhauled and greenlighted" last weekend "by the pros" in the friggin´garage) and that -being clamped in- he had no means of stopping the damn thing. Looking at him and his weird maneuvers in utter disbelief, I found that out, too, and commenced to as quickly as possible move my ass downwards - to the other control panel and to release him out of this veritable mess.

The guy wore shoes with steel caps and he could prevent the material from its -growing in force- tendency to slip down from one of those caps towards his body and cut off his foot (in a first step), but he couldn´t get out of his position and had to constantly put in a whole lot of physical effort to keep on to his clamped foot.

Meanwhile, the material bent -over and around him- in a way I have never ever seen it doing that, before. I wish, I would have had a little more time to just look and marvel at that display of previously unknown flexibility. I wouldn´t have thought of that even being possible to such a degree! The guy was so unbelievably lucky, because it bent around him so much and in a direction that -upon breaking point- the sharp edges would -releasing a whole lot of tension- point and move away from -and not right through- him. He was so unbelievably lucky, also, because he didn´t freak out, so when the stuff shortly after release broke and would lean against/last on/cover him in pieces he would have already managed to reposition it and himself - and to turn his back towards the mess. He would then stand/duck still (think of Atlas), be calm and wait for me to carefully peel and get him out of that situation. Any other movements on his part would have been very dumb. His shoe was done for with the fabric carved off the steel cap, though the bastard had not a tiny little scratch. Not one.

I simply do not get paid enough for this kind of stress, which I am currently confronted with in form of negligent... subordinates. The whole campaign to me is like herding cats for weeks, now - it seems that I need to yell at people like a drill sergeant, almost constantly and to almost no avail. I didn´t sign up for this, actually. Something has gotta give.

I need that for my room LOL

Damn Matcha.  Hopefully you are able to write this guy up and get him out of your AO immediately.  This negligence is well above tolerable and has to be stopped for your safety, as well as everyone elses.

Hang tight dude and de-stress when you can!

Great pics, I have always likes the "Fox among the Hounds" image

I need that for my room LOL

the above is another great sign, might have to get this to The Evil Genius for his driveway!

Pistol Pete and I have often spoken about the below sign!

I am partial to the below now! 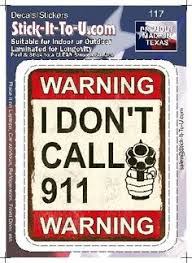 if the above occurs enough, then ones attitude will change to ...

I wore this on my US Army MOLLE kit, never caught crap about it for some reason: