When Europeans began to actively explore Africa in the early 1800's, the firearms available for protection and hunting were calibered for European prey.  Non-African game was much larger and much more dangerous then many of the remaining animals being hunted in Europe.

Conventional shotgun designs were used in Africa but larger animals like elephants could take 35 shots before being killed.  The large heavy firearms produced in the 1850-1890 black powder era for Africa became known as Elephant Guns.  Elephant guns were used to kill rhinoceros, cape buffalo and hippopotamus in addition to elephant.

The commonality between all elephant guns was the ability to 'stop a fast moving animal' prior to the hunter being harmed.

'Because black powder and lead cannot go faster than about 1,500 feet per second (460 m/s) - the only way to make the projectiles go deeper into the animals' skins was to make a larger gun. Although they were very powerful, the short slugs (a type of projectile), which did not go very fast, still had problems going fully into their targets. This was especially hard for the toughest shot of all - going through the bone when an elephant's head was shot around the brain area.'  Per Wikipedia

Teddy Roosevelt with a large-caliber rifle and dead elephant.

During World War I, both the British and Germans used elephant guns taken from their African colonies when they tried to break the stalemate in the trenches. The British used elephant guns against the German tactic of having their snipers advance towards Allied lines under the cover of a large, 6-10 millimeter (0.24-0.4 inch) thick steel plate.[1] Ordinary infantry rifles didn't do anything to the plate, but elephant guns were able to punch through it. Likewise, the Germans used a mass-produced anti-tank rifle, the Mauser 1918 TuF Gewehr, to knock out lightly armored British tanks.

During the North African Campaign in 1941, the Italians in East Africa fought against the British. The Commander - The Duke of Aosta - gave his personal collection of elephant guns to his Italian soldiers to shoot armored cars because they didn't have enough anti-tank guns.

Beered by The Evil Genius, Uly The Cunning and Xanthine
Quote

Here is some testing footage for you!

Beered by The Evil Genius, Uly The Cunning and Xanthine
ReplyQuote

MAN that looks fun! If I ever happen across ten grand to blow on a new range toy, I will definitely consider getting one of those!

Beered by The Evil Genius, Uly The Cunning and Old Buck
ReplyQuote

If money was not an issue, I would definitely own one of these.

Beered by The Evil Genius and Uly The Cunning
ReplyQuote

Check Xanthine and Uly. A weapon like this could be hung on a wall and invoke much comment and envy, but it would have the same satisfaction of a trophy bride.

Taking it into the bush on a close quarter hunt is why this weapon was designed.  Close range, only two shots, you against your beast of choice.

A single shot "Gibbs Farquharson 700 N.E. Africa Custom Rifle" is currently being offered on Gunbroker.com for $24,499.00.  The weapon design has an 1872 patent and this weapon is engraved with serial # 003.

A beautiful work of precision art that deserves more than a gun rack in the truck or over the fireplace.

Beered by Xanthine and The Evil Genius
ReplyQuote

Scope, where's your sense of adventure OldBuck.  You don't need a scope to use a .700 Nitro for hunting! Next you'll want rails for a flashlight, laser, and a ring for hanging a pine scented air freshner!  😀 😆

Beered by Xanthine and The Evil Genius
ReplyQuote

Any by the way, who's smart idea is it to teach elephants how to shoot?  Is this some type of CIA operative program to reduce the poacher population?

The trigger guard has to be MASSIVE as elephant toes are quite large.  I am also led to believe they require a lot of trunk space...

This is why elephants prefer melee weapons. 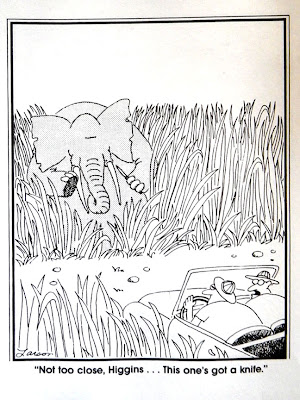 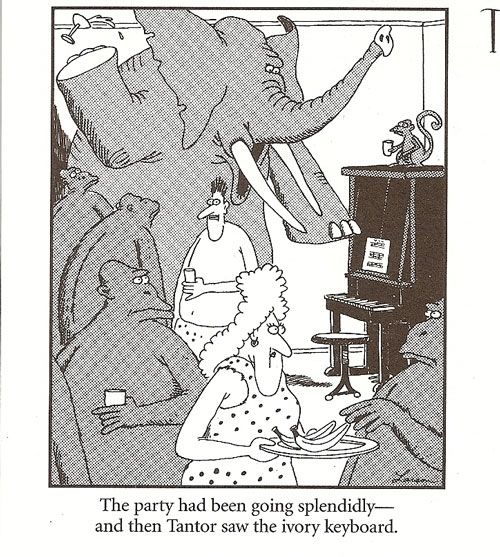 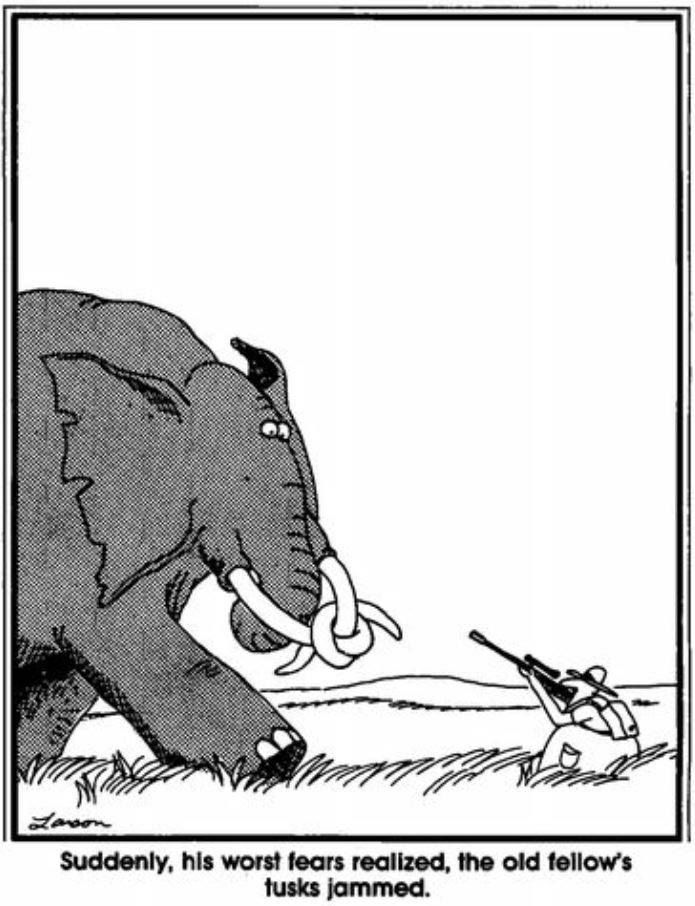 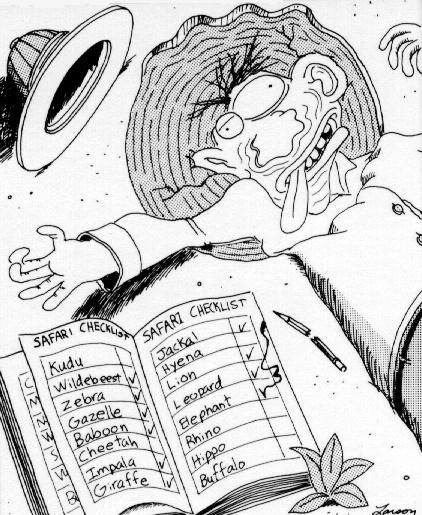 Nice Buck but the Far Side post is looking for this runaway herd. You better watch out or they will come get you!