Normally I ask people how they're doing.  In your case I won't.  Mostly because I don't care, as I have my own life to live.  The other big reason is because I know that you have a problem being completely honest.  Your instinct is to tell half-truths, lies by omission, out right lies, or unclever and manipulative statements all in an effort to get what you want in the moment.  Or to make yourself look better, or like a victim, in some cases both.  Let's take the reason(s) why you're a single mother to begin with.  Did you do anything to contribute to your current situation? Don't answer.  You're constitutionally incapable of taking responsibility for your actions.  Or for seeing your behavior from any other angle than through your own entitled and egocentric lens.  Are there some of you single mothers who have actually suffered harm? Sure there are.  Judging from my experience, and the experience of so many other men, that's a small minority of you.  If you where smart, which you aren't, you could point out that I just made what could be considered a "no black swan" fallacy. Superficially you might have a point.  But undergirding what I say are in fact statistics and longitudinal studies.  I just don't have the time nor the interest to site them.  I know from touching hot stoves that heat will burn me, and I know from dealing with you that you're just as responsible for your own plight as you blame men for.

I already hear your cries that, "You're being mean!"  Darling, that may have worked when you were fourteen, but you're a forty year old train wreck with three bastard kids.  The puss filled sore that is your existence is what it is, and me pointing that out isn't mean...it's honest.  Oh, and let's not forget the other troupe that you typically roll out.  "Not all women are like that!" Sure, let's go with that.  Think back to your feminist theory days.  Now answer this question, doesn't feminism generalize women as one huge monolith? The answer is a resounding yes.  Feminism says that women as a whole are oppressed, denied rights, and expected to adhere to unfair gender roles across the board.  You love that though.  Because it goes lock step with what I wrote in paragraph one of this letter.  That is that your pathological need to present yourself in a particular way informs the underpinnings of feminism, feminism subsequently undergirds your pathology.  It's a symbiotic relationship.  A dark yin and yang circle of destruction.  The big problem is that your "circle of destruction" poisons everything that it touches.  But you'll never see that.  But men like me have, and guess what, we've just walked away.

So, you'll be miserable and frustrated off and on for the rest of your life as a result of your "strong and independent woman" garbage.  Yeah there are a lot of bitch assed men out there who fall for your lies.  But they take time and energy to finesse, time and energy that you could be spending on things that are more productive than leaching resources for you and your kids.  By the way, whether you like it or not, you're setting the example for your kids.  You're showing them how relationships work.  They watch you and think that what you're doing is normal, that's what kids do.  So guess what? You're screwing up the future of those precious young people without even knowing it.  Or maybe you do and just don't care.  Tragedy has a first name, and it's listed on your drivers license.

In closing I'll take whatever insults that you've thought of at this point.  You're shaming tactics don't work on me.  You're equal to me and that's all there is to it.  I need to "man up" just like you do.  That means you take responsibility for yourself, oh wait,didn't I explain why that won't happen earlier.... Haha! Funny how irony works doesn't it?

From the other side,

A-Hole, Misogynist, Emotionally Shallow, and Proud of It!

This sums up how I felt signing the paper confirming my newly minted ex wife as custodial parent. I knew it was a horrible thing to do to my children consigning them to the cunt. This was a war on many levels and the kids were collateral damage. I had to use my kids as weapons in an economic war and she used the kids in an emotional war. After getting kicked in the jimmies so many times the 479th dinger didn't register. At that point I won the emotional war. Nothing could hurt me I had completely exsanguinated. I could finally stop fighting. But the economic war will go on for 6 more years maybe more.  I'm out of the economic war in 14 months but she still has to pay for kids college and then deal with destroying her new husband. For her the war if financial attrition will go on for years to come.

For single mothers on public assistance this is a special kind of stupid..kids in those homes are wrecked perhaps beyond redemption. I taught kids from fucked up marriages. They are little more than replacements for their screwed up parents.  My kids will be less broken than most. My kids are angry and still dependent upon the bitch who blew up the family for dick. I can't imagine the resentment they carry around. They will find their way in middle class America somehow. I don't think my kids will falter. The system won't let them.

The millions of other kids...I don't know. Some end up in jail some are suicides most are average and end up as maybe average and a few will break free.

Sorry kids. The three of us lost the moment your mommy wanted that other guy. Sometime in January or  February 2009. Ultimately your mother will lose too.

Thank the system for all the destruction we see in the moral fiber that once upon a time made America great.

Coupled to law and law enforcement, women have the upper hand and now rule over what has been transformed into a matriarchy, a real and true hell on earth for all whom participate.

I don't participate in the matriarchy, I'm a sole survivor of a world that slipped beneath the waves of feminism, gynocentrism, and the matriarchy.

Single mothers are now agents of an evil empire that spans the entire western world.

Rome burned to the ground and the inhabitants just stood there and watched it burn, much the same way they do today, and women in particular are rewarded for setting fires and fanning the flames.

I'm just a survivor that ran from the city and into lands not under Roman control. I do see the glowing skies at night where the cities are metaphorically on fire.

Our civilization is turning to ashes and ruins everywhere you care to look and inspect the ruins.

Beered by #Redpillbible and The Evil Genius
ReplyQuote

Great post Travis and this is the exact template that men should have available for use as needed to ensure that like situations do not get out of control! Brilliant

Beered by The Evil Genius and #Redpillbible
ReplyQuote

These single mother whores are the epitome of failure. The clue is in the name. "Single" and "mother". Two words that do not belong together.

If she was a good mother, she would have found a good man to be a father to her children, and she would have been a good wife and mother by staying true to this man. If she is single with kids, she has royally fucked up. Her children will suffer as a result of her ineptitude and selfish behavior.

Single mother is the only title they bear, because they do nothing else, and contribute nothing else to society, besides their broken families. I mean which is worse, the destruction of their husbands, or their children? Hard to say. Other than the lives they destroy, they are also dead weight on society, welfare recipients. That is the net result of their existence; destroyed lives, and money taken out of the pockets of productive and harder working people.

Every time I hear a woman self-identify as a single mother, I laugh inside. She's basically told me that her entire life is one incredible fuck up...and she failed at the one and only task she was biologically designed to carry out. Great job. What a fucking joke they are.

Lets stop calling them "single mothers" and refer to them a "fatherless families", it takes off the kit gloves and punches them in the gut with a tight fist of reality! 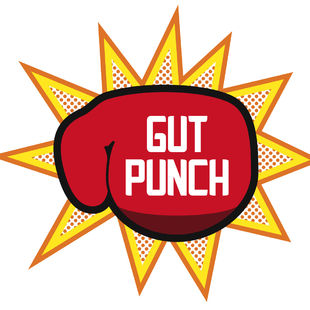 Beered by The Evil Genius and #Redpillbible
ReplyQuote

Lets stop calling them "single mothers" and refer to them a "fatherless families", it takes off the kit gloves and punches them in the gut with a tight fist of reality!