I do worry for the United States, it seems that it's become very polarized politically (arguably it's worse in Canada though). This is a fight for your survival and freedom which is in danger if Biden wins.

On an aside I do think Joe Biden has dementia Alzheimer's or something. Not too sure what to think of Kamala Harris?

Beered by The Evil Genius and Old Buck
Quote

The Democrats might as well have Kamala Harris debate President Trump before the election.

Biden won't be around long anyways as he is one step away from a long-term memory care facility.

Beered by The Evil Genius and Captain Canuck
ReplyQuote

What do you and others think of Kamala Harris?

Beered by Old Buck and The Evil Genius
ReplyQuote

I think he was treated badly and underpaid because he was black.

Beered by Nerevar, Old Buck and The Evil Genius
ReplyQuote

Before you guys dump on Kamala let us remember she was the attorney General for CA. And how did she get that job? She is renowned as having sucked more dick than the whore of Babylon--and doing a better job to. Her mouth has seen more DNA that the LA crime Lab. Think about it! If you were Putin or some other world leader you can get your johnson bobbed by a world class BJ artist. Sure shes' a marxist bitch but you don't have to listen to her when her mouth is full of COCKS!

Oh shit. Not Kamala Harris. She is a terrible pick for VP. Get a look at her husband. from GeorgeFloydRiots

She's a great pick! Just about everything about here screams "vote for Trump!" Notice how she's mixed race, yet the media is focusing on her ahem, couch, cough negro heritage.  Like that's a legit selling point, or ever will be.  Of course her mom is what's known as "South Asian." That's even more toxic than the African part.  No one can use that as a selling point ever.  But, identity politics are what they are.  I'm still waiting for someone to tell all about the great "White" person running for office.  That would be a truly equal way to describe things wouldn't it?

I think he was treated badly and underpaid because he was black.

Now there was a great African American.  That dude would be a far better VP than what the Dems are parading around to pander to the tan terrorists known as BLM.

Is there any proof of that?

Yup Capt. All the dick stubble in her teeth. 😞

That dude was fun to watch!  He was truly an entertainer. 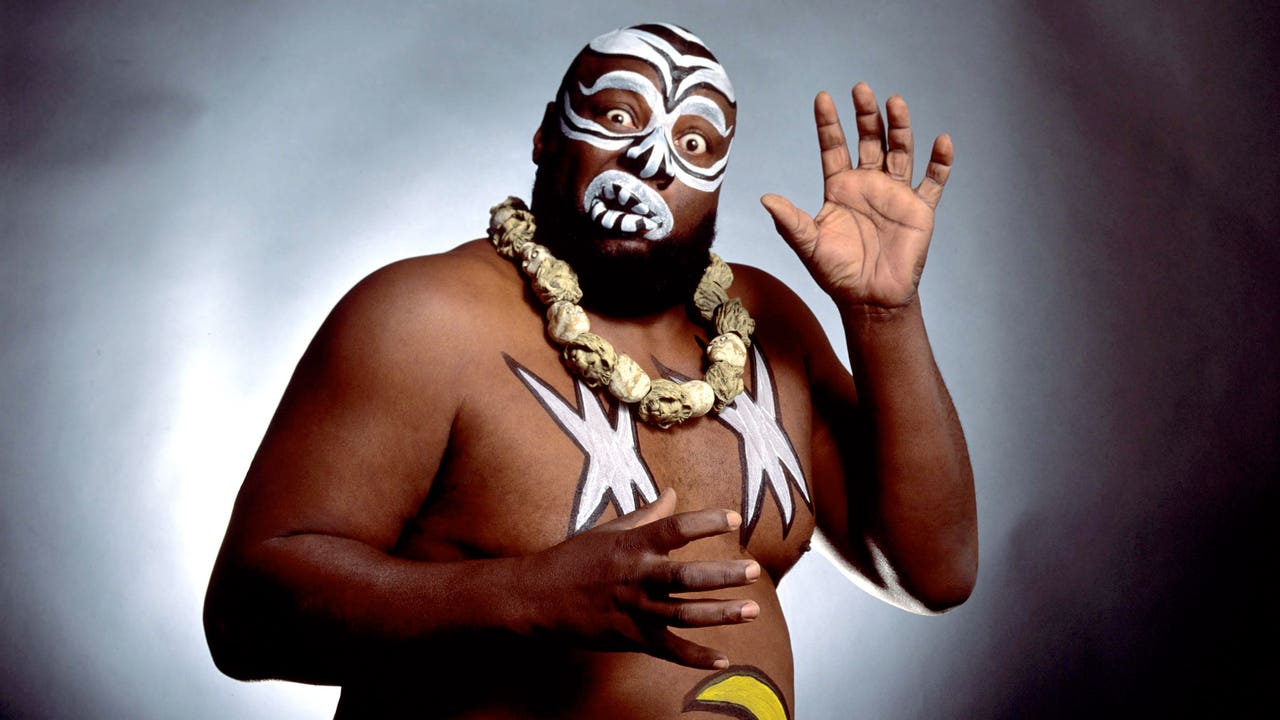 "Yes, we dated. It was more than 20 years ago," Brown wrote in the San Francisco Chronicle.

"Yes, I may have influenced her career by appointing her to two state commissions when I was [California] Assembly speaker. And I certainly helped with her first race for district attorney in San Francisco."

Brown, 84, pointed out that he also helped the careers of other prominent California Democrats, such as U.S. House Speaker Nancy Pelosi, Gov. Gavin Newsom and U.S. Sen. Dianne Feinstein.

"The difference is that Harris is the only one who, after I helped her, sent word that I would be indicted if I 'so much as jaywalked' while she was D.A.,” Brown wrote. "That's politics for ya."

The Democrats are truly racist.  Choosing a politician to run the country solely based on gender and race is truly astounding.  We need the most experienced people to make the best decisions for this country.  Politics are nothing more than high school popularity contests now.

By the way, Obama was also a mulatto.  He was half white and black.  He never ONCE identified with his mother's heritage from Wyoming.  I don't expect any more from Kamala with her mother's asian heritage.  What I DO find ironic is that her grandfather's side the family owned slaves in Jamaica...

Donald Harris, a Stanford University economics professor, revealed in 2018 that his grandmother was a descendant of Hamilton Brown, the namesake of Brown’s Town in northern Jamaica.

“My roots go back, within my lifetime, to my paternal grandmother Miss Chrishy (née Christiana Brown, descendant of Hamilton Brown who is on record as plantation and slave owner and founder of Brown’s Town),” he wrote in a post for Jamaica Global.

A research archive of Jamaican records indicate that at one point in 1817, Hamilton Brown owned scores of slaves. The majority were brought in from Africa, though he also owned many Creole slaves.

One thing we can ALL agree on, is that she is just another power hungry dumb cunt ready to step on some dicks to become President of the United States.  She is just a black version of Hillary2.0!

One thing needs to happen.  The black community needs to educate themselves.  They have to stop talking, open their ears, and actually listen, if they truly want to break the bonds of slavery and "systemic racism" in America.

You cannot judge a politician by what they say.  Politicians will say ANYTHING to get your vote.  You need to judge them by their actions.  What have they done in the past, what is their history?  History repeats itself.

Vice Presidential Nominee Kamala Harris has a record.  She is not someone picked for her animosity.  Look at what she has done in the past, she will continue to do the same in the future.  She ran for the Presidency and failed.  There is quite a bit of information about her and her track record.  While campaigning she touted herself as a "progressive prosecutor".  What does that actually mean?

I would be more worried if she acted like today's liberal District and State Attorneys, letting violent criminals loose while jailing citizens who don't wear paper masks in public.  BUT, she was actually tough on crime.  One of the most "problematic" aspects of Harris' record was her prosecuting parents for their child's truancies, locking people up for marijuana use despite her use of the drug and being in opposition to reforming the cash bail system.

She is the exact problem the Brainwashed Liberal Morons are rioting about.  If BLM supports the Democratic nominees, that is 100% proof that they are talking thru their asses, and are lying about their "mission statement".

Beered by Nerevar and The Evil Genius
ReplyQuote

Is there any data on black voting patterns of the good folks that made it out.  The black cops, lawyers, dentists, etc.  Do they still vote democratic or not.  That would be telling.

I have always said it isn't race but social class.  Work hard pay your bills move up.  The destruction of the black family under Johnson and the war on poverty kicked black men out of the home.  Go to the inner city and look what happens when women raise boys.

Pronouncing Kamala as "Camel-ah" is racist.  It is supposed to be pronounced "comma-lah" according to CNN.

Maybe she should spell it the way she wants it pronounced. Ka Ma La vesrus Ko Ma La. Until she figures out how to pronounce words properly, she is a camel la.

Then I move to rename:  Kamel-Toa! 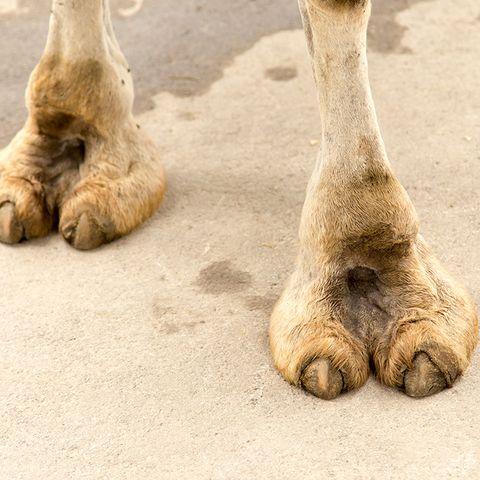 The mainstream media keep portraying Kamala Harris as the first African-American woman to be nominated as Vice President.  There is one glaring problem.  She isn't African-American.  She is Jamaican-Indian-Asian...

Donald Harris and Shyamala Gopalan are the parents of Kamala Harris, a United States of America Senator and member of the Democratic Party. Donald Harris is a renowned Stanford economic professor. He received a Bachelor of Arts degree in 1960 at London University, and after 6 years, a Doctor of Philosophy degree was given to him by the University of California.

Meanwhile, Shyamala Gopalan died in 2009 due to colon cancer. She was a cancer researcher as well as a civil rights activist. She researched at the Cancer Research Lab in the Department of Zoology at UC Berkeley and worked at the Lady Davis Institute for Medical Research for 16 years.

What Nationality Are Donald Harris and Shyamala Gopalan Harris?

Donald Harris is a Jamaican and Shymala Gopalan Harris was an Indian-American. (Born in Chennai, India)