Low morale in the military

Many persons I have spoken to, in the armed services, have told me that they are concerned about our future. Our military has adopted many of the civilian practices about pandering to females, and show more concern with sexual harassment training than combat training. One officer I spoke with, said that he feels his unit is not ready for any deployment, even CONUS, due to this, feeling they lack discipline and readiness training.

The feminist movement has weakened our military forces, removing the focus on what they were designed for, and making it an extension of their propaganda. The United States is one serious conflict away from showing this weakness. In other words, our military forces, in its current state, would have serious problems handling any major threat. Feminism has no place in war, as the enemy does not care about your feelings, nor will they consider the female's physical and emotional weaker situation when killing and conquering United States territories and people. Pandering to these concepts will only continue to weaken the United States and the ability to defend this nation.

Beered by Untamed, The Evil Genius and Old Buck
ReplyQuote

Did you see last week a female naval NCO. Was caught in uniform insulting her Commander in chief?  She will suffer no repercussions.

My computer is currently down, and am on a backup that is quite old. It takes up to 60 seconds to load a page fully. I will take note and look her up once my computer is operational once again. I am not surprised by this, however, as I have been told that there is division in the military now, due to the infiltration of feminism and their illogical beliefs. Feminism is like a disease that continues to kill the body, until everything dies from it.

Beered by Untamed, The Evil Genius and Old Buck
ReplyQuote

Add to that the recent white privilege training and other Marxist propaganda training forced onto our troops...

The Democrats are fucking insane.  They made the police and military the enemy.  Who will enforce their laws now?

Can't own a firearm, only police can.  Wait, the police can't have them either?  Only the criminals will be able to protect themselves! 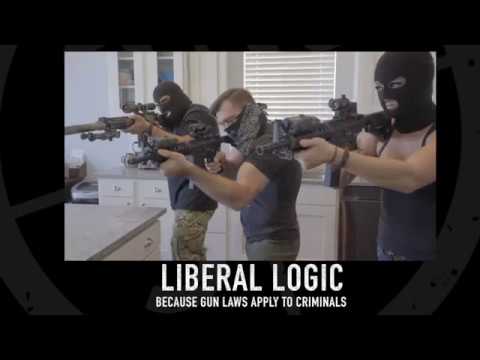 Beered by Untamed, The Evil Genius and Uly The Cunning
ReplyQuote

The last years I worked for the DoD Navy every officer I dealt with was outstanding---except ONE the officer in charge of the Naval hospital and guess what this "captain" was? Yup a woman and she was the worst officer I think I've ever met. She actually believed she knew as much about LAW as an attorney--and do you know why? Because her old man had been a lawyer---I SEE so you don't need three years of law school and a bar exam you can just be related to someone who is---yup and she was an 0-6.

Beered by Untamed, Uly The Cunning and Old Buck
ReplyQuote

I was going to write something here but I decided against it.

You will find that many females have that in common, believing they know something, because someone they know knows it. Reminds me of the notion that you can sleep on a text book and somehow learn the information in it that way. While it is a joke, I knew females in college that would put text books under their pillows, thinking it helped.

I believe the best example of why females should not be in the armed forces is Jessica Lynch. This female is a complete failure, and was celebrated as a hero. She has the death of every member in her unit on her hands, and she was given medals. She is a coward and is called brave. Lynch is a contradiction, where what should be looked down upon is praised.

We will not regain military and national strength, until we stop pretending females are something that they are not. You can only play pretend for so long, before reality destroys your illusions.

When you have female military veterans joining the Brainwashed Liberal Movement, something has to be wrong.

A being who bases all decision making on emotions and feelings CANNOT be allowed to protect others.  No amount of brain washing will deprogram the females basic instinct.  Females brains are like a giant washing machine, constantly spinning.  They don't have enough of an attention span for the reprogramming to work.

Fight or flight?  Flight always wins with females.  Men will rush into a hailstorm of bullets to grab a fellow Brother and drag him to safety.  Why?  Because men can value other men's lives over their own.  You have to look at ones core values.  What does an individual value?  THAT will tell you about the character of an individual.  That has to be taught at a very young age.  Boys are taught to be strong, but females are coddled.  Boys are blamed and shamed for every mistake, as to teach them NOT to repeat cartain behaviors.  Females may be scolded, but then immediately comforted when they cry.  Females are taught that when you cry, you get what you want.  I'm sorry, but in battle, crying will not save you.  Working as a team WILL.

In China they are creating MASSIVE female units.  They do not serve side by side with men, but are in their own segregated units.  What a perfect way of population control!  Send in the first wave!!!

The PLA womens army has more active duty members that everyone military and civilian that is paid by the US DOD.

Latest Post: Have you ever had a Runza? Our newest member: DeniseHannon Recent Posts Unread Posts Tags