Hey, I don't know how many of Y'all listen to country music, but I got a song that is driving me crazy and I can't figure out the name/find it. I believe it is an older song 1990s-below. All I can pull from the song are its about a gambler who shows up at a bar and gets a table going all night and is winning the whole time. Then he faces off against a person and that person lays down a full suite of king of hearts while he lays down all but one card which turn out to be aces. However, before he lays his last card down, he leaves and the crowd turns it over and wonders why he didn't collect his money. There are only two people who know why and that is because he played against his son.

Does anyone know the song?

Beered by GregBO, #Redpillbible, The Evil Genius and 1 people
Quote

I've looked for it - and I can't find it anywhere. Sorry.

Your description has similarities to the final hand in the 2007 film 'Lucky You' with Eric Bana, but as far as a song goes - I'm all out of Aces!!

The Gambler by Kenny Rogers?

Maybe this will help?

I cannot be of great help in this, but here is what I came up with, instead:

Stop getting it wrong!!!!

Beered by #Redpillbible, The Evil Genius and Don Keyknob
ReplyQuote

Sadly, they don't fit. Its been driving me crazy. If i had heard it on Youtube, I could look at the history, however, I listened through Spotify which doesn't allow looking back at past songs. It could be a newer song, but I heard it while listening to older songs.

Beered by The Evil Genius, Don Keyknob and #Redpillbible
ReplyQuote

"The Baron" by Johnny Cash.

Beered by #Redpillbible, Uly The Cunning and Don Keyknob
ReplyQuote 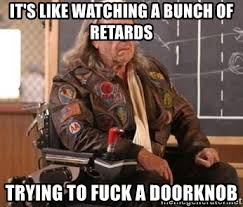 I bet it was a cover song, and the group may have changed some lyrics to their style of music?

Sorry for dropping the mic, I had been eating popcorn with extra butter...