On June 13, 1777, Marquis de Lafayette landed in the United States to assist the colonies in their war against England.

Lafayette as a lieutenant general in 1791; portrait by Joseph-Désiré Court

Marie-Joseph Paul Yves Roch Gilbert du Motier, Marquis de La Fayette, known in the United States simply as Lafayette, was a French aristocrat and military officer who fought in the American Revolutionary War, commanding American troops in several battles, including the Siege of Yorktown. After returning to France, he was a key figure in the French Revolution of 1789 and the July Revolution of 1830.

He became convinced that the American revolutionary cause was noble, and he traveled to the New World seeking glory in it. He was made a major general at age 19, but he was initially not given American troops to command. 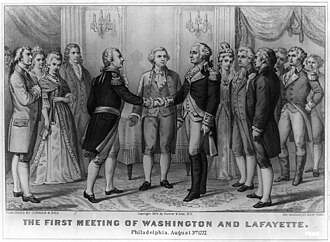 He was wounded during the Battle of Brandywine but still managed to organize an orderly retreat, and he served with distinction in the Battle of Rhode Island. In the middle of the war, he sailed for home to lobby for an increase in French support. He returned to America in 1780 and was given senior positions in the Continental Army. In 1781, troops under his command in Virginia blocked forces led by Cornwallis until other American and French forces could position themselves for the decisive Siege of Yorktown.

Lafayette was born into a wealthy land-owning family in Chavaniac in the province of Auvergne in south central France. He followed the family's martial tradition and was commissioned an officer at age 13. 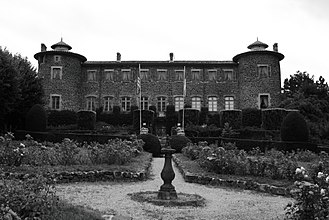 Lafayette's lineage was likely one of the oldest and most distinguished in Auvergne and, perhaps, in all of France. Males of the Lafayette family enjoyed a reputation for courage and chivalry and were noted for their contempt for danger. One of Lafayette's early ancestors, Gilbert de Lafayette III, a Marshal of France, had been a companion-at-arms of Joan of Arc's army during the Siege of Orléans in 1429. According to legend, another ancestor acquired the crown of thorns during the Sixth Crusade.

Check Jan.  Back in the days when a handshake was a mans bond and no contracts were needed.