June 18, 1264: The Parliament of Ireland conducts the first meeting of the Irish legislature

June 18, 1264, The Parliament of Ireland meets at Castledermot in County Kildare, the first definitively known meeting of this Irish legislature.  During an era when the Byzantine empire still existed, the Venetian City state still thrived, Ireland started a political process that would last for centuries. 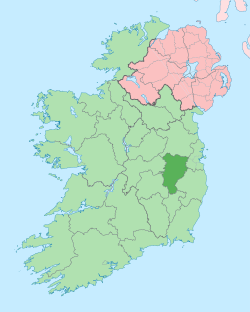 The Parliament of Ireland was the legislature of the Lordship of Ireland, and later the Kingdom of Ireland, from 1297 until 1800. It was modeled on the Parliament of England and from 1537 comprised two chambers: the House of Commons and the House of Lords. The Lords were members of the Irish peerage (’lords temporal’) and bishops (’lords spiritual’; after the Reformation, Church of Ireland bishops). The Commons was directly elected, albeit on a very restricted franchise. Parliaments met at various places in Leinster and Munster, but latterly always in Dublin: in Christchurch Cathedral (15th century), Dublin Castle (to 1649), Chichester House (1661–1727), the Blue Coat School (1729–31), and finally a purpose-built Parliament House on College Green.

The main purpose of parliament was to approve taxes that were then levied by and for the Dublin Castle administration. Those who would pay the bulk of taxation, the clergy, merchants and landowners, also comprised the members. Only the "English of Ireland" were represented until the first Gaelic lords were summoned during the 16th-century Tudor reconquest. 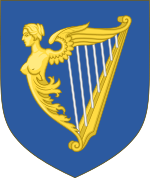 The kings of England claimed lordship over the whole island, but in reality the king's rule only ever extended to parts of the island. The rest of the island—known as Gaelic Ireland—remained under the control of various Gaelic Irish kingdoms or chiefdoms, who were often at war with the Anglo-Normans. 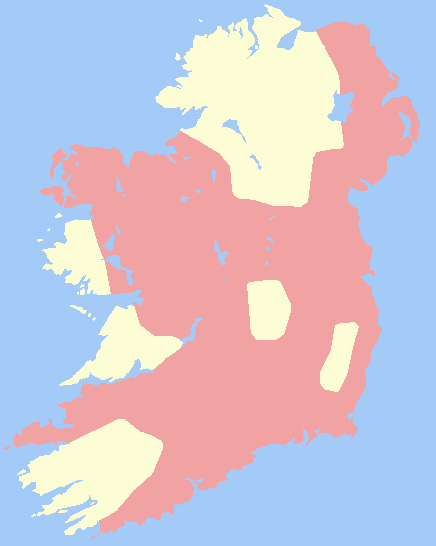 The area under English rule and law grew and shrank over time, and reached its greatest extent in the late 13th and early 14th centuries. The lordship then went into decline, brought on by its invasion by Scotland in 1315–18, the Great Famine of 1315–17, and the Black Death of the 1340s.