SpaceShipOne completed the first crewed private spaceflight on June 21, 2004, the same year it won the US$10 million Ansari X Prize and was immediately retired from active service. Its mother ship was named "White Knight".  Both craft were developed and flown by Mojave Aerospace Ventures, which was a joint venture between Paul Allen and Scaled Composites, Burt Rutan's aviation company. Allen provided the funding of approximately US$25 million.

SpaceShipOne is an experimental air-launched rocket-powered aircraft with sub-orbital spaceflight capability at speeds of up to 900 m/s (3,000 ft/s), using a hybrid rocket motor. The design features a unique "feathering" atmospheric reentry system where the rear half of the wing and the twin tail booms folds 70 degrees upward along a hinge running the length of the wing; increasing drag while remaining stable.

Launch of the rockets on SpaceShipOne

Rutan has indicated that ideas about the project began as early as 1994 and the full-time development cycle time to the 2004 accomplishments was about three years. The vehicle first achieved supersonic flight on December 17, 2003, which was also the one-hundredth anniversary of the Wright Brothers' historic first powered flight. 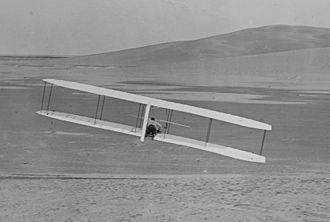 SpaceShipOne's first official spaceflight, known as flight 15P, was piloted by Mike Melvill. A few days before that flight, the Mojave Air and Space Port was the first commercial spaceport licensed in the United States. A few hours after that flight, Melvill became the first licensed U.S. commercial astronaut. The overall project name was "Tier One" which has evolved into Tier 1b with a goal of taking a successor ship's first passengers into space.

The achievements of SpaceShipOne are more comparable to the X-15 than orbiting spacecraft like the Space Shuttle. Accelerating a spacecraft to orbital speed requires more than 60 times as much energy as accelerating it to Mach 3. It would also require an elaborate heat shield to safely dissipate that energy during re-entry. 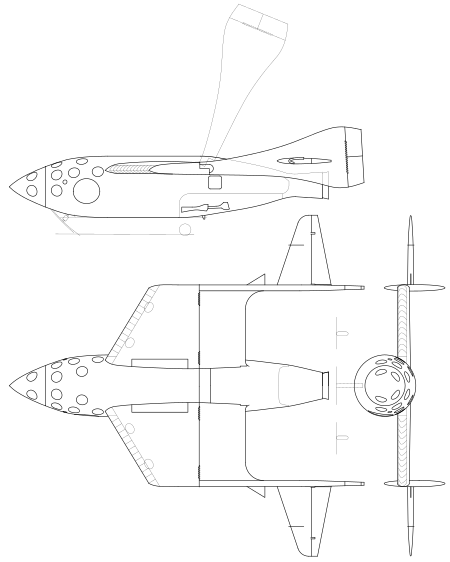 The Scaled Composites model 316 is a spaceplane designed to:

Tier One's launch aircraft, Scaled Composites model 318, known as White Knight, is designed to take off and land horizontally and attain an altitude of about 15 km (9.3 mi), all while carrying the Tier One spacecraft in a parasite aircraft configuration. Its propulsion is by twin turbojets: afterburning J-85-GE-5 engines, rated at 15.6 kN (3,500 lbf) of thrust each. 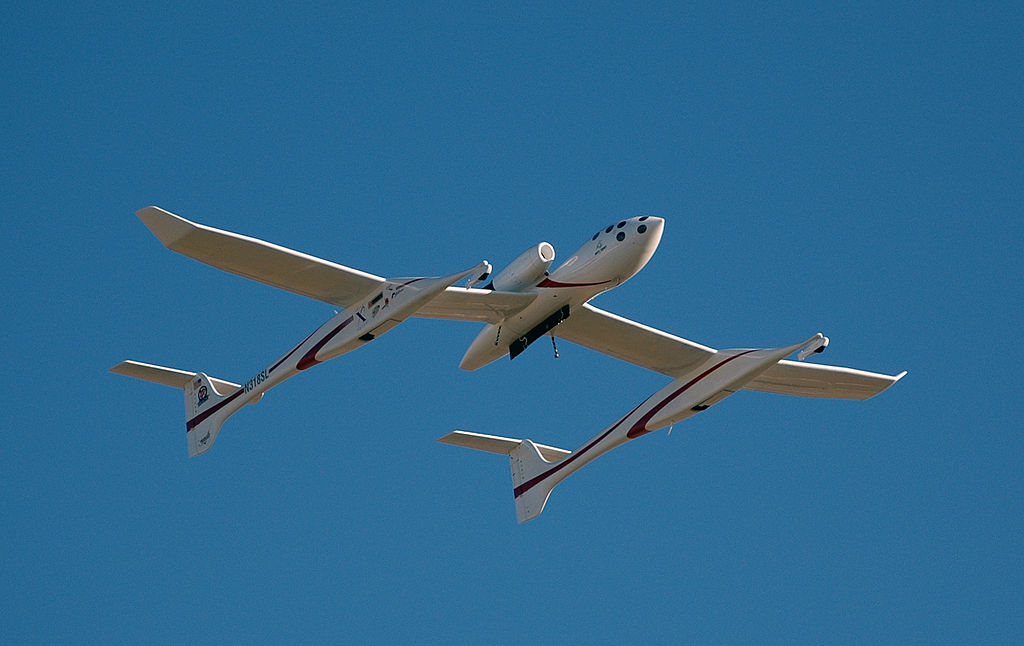 The aircraft's distinctive shape features long, thin wings, in a flattened "W" shape, with a wingspan of 25 m (82 ft), dual tailplanes, and four wheels (front and rear at each side). The rear wheels retract, but the front ones, which are steerable, are permanently deployed, with small fairings, referred to as "spats", in front. Another way to look at the overall shape is as two conventional planes, with very thin fuselages, side-by-side and joined together at their wingtips, with the cockpit and engines mounted at the point of joining.

Although White Knight was developed for certain roles in the Tier One program, it is a very capable aircraft in its own right. Scaled Composites describe it as a "high-altitude research aircraft".

Is this craft part of NASA's Commercial Program, like SpaceX's Crew Dragon or are they still in the development stages ?

Can this craft reach the ISS or is it just an experimental craft for research purposes ?

At any rate, it is a very cool-looking space plane!