Charles Messier ( 26 June 1730 – 12 April 1817) was a French astronomer most notable for publishing an astronomical catalogue consisting of 110 nebulae and star clusters, which came to be known as the Messier objects. The purpose of  “The Messier Catalogue” was to help astronomical observers, in particular comet hunters like himself, distinguish between permanent and transient objects in the sky. 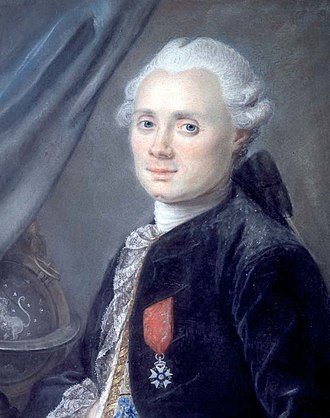 The Messier objects are a set of 110 astronomical objects, of which 103 were included in lists published in 1771 and 1781.   In addition to the 103 items published by Messier, seven more are thought to have been observed by Messier and have been added to the list by other astronomers over the years. Messier lived and did his astronomical work at in Paris, France. The list he compiled contains only objects found in the sky area he could observe: from the north celestial pole to a celestial latitude of about −35.7°. He did not observe or list objects visible only from farther south, such as the Large and Small Magellanic Clouds.